The idea was floated May 2.

We met to discuss it the next week.

After a few back and forth emails, terms were agreed and signed the following week.

We had a kick-off planning call with both teams at the end of May, and one month later, hosted the largest ever B2B SaaS partnerships event - 1,550 registrants and a 51% attendance rate - Ecosystem Week 2022.

It was a smashing success, and the momentum was palpable.

Partner marketing isn't always like this. It can flop too.

We decided to look at some of the elements that helped the event succeed, and some ways it could've been better.

A true partnership from the very beginning with co-innovation. Tyler and PartnerStack could've come to us with a fully-formed event idea and asked PartnerHacker to simply play a promoter role. That may have worked out, but the buy-in would've been very lopsided. Instead, he came with a rough idea and invited us to participate in the formation from the very beginning. What resulted was a co-creation, meaning both teams were engaged, excited, and incentivized to make it a success.

A generous, win-win spirit from both sides. We never felt like either team was being stingy, complaining about who got credit, or downplaying the other. There were a few times when honest feedback was needed - e.g. "Can we work our branding into the design more?", or, "This press release seems a little too focused on one side." These were not taken personally, but agreed and adjusted quickly.

Clear agreement on terms (the "happy price" concept). Derek Sivers famous advice to freelancers is to find a "happy price" - the price at which they'd be genuinely excited to agree to take on a project (vs. dreading it or wondering if you should've asked for more). We approched this in a similar way. PartnerStack and PartnerHacker both established up front the exact terms and outcomes needed to make each side really, super happy about working together. This helped prevent any post-event regret, confusion, or assumptions.

No fear of getting edgy. From the jump, we decided to take the gloves off with this event. We titled it "WTF is an ecosystem" and had fun with the design, copy, and even the format of some of the sessions. Yes, we had a few complaints from people who thought it wasn't professional enough (the mark of good marketing), but it made the event a lot more fun and successful.

Clear delineation of duties. We laid out right away which team and individual owned which tasks.

Leaning in to comparative advantage.  We let each team handle the tasks where they had a comparative advantage (i.e. lower opportunity cost). Initially, Isaac created a list of tasks and had some things assigned to PartnerHacker (like landing page design) that PartnerStack asked to take on because they already have a well-oiled and absolutely phenomenal design capability. We gladly agreed.

No waiting for permission or perfection. One of our team values at PartnerHacker is "I did" > "we should". That was in full effect with this event. To pull it off on such a short timeline required individuals taking initiative and saying, "Here's the email I'm about to send", instead of, "Anyone have input on what should go in an email?" Additionally, we did things like ship the landing page when we only had three confirmed speakers, an incomplete schedule, and no promo video. We updated along the way, but not waiting for perfection was key.

Clear point people. Too many cooks can kill partner events. Though a lot of people worked on Ecosystem Week, each item or task had pretty clear ownership. We all knew who owned the landing page, the conferencing tech, the speaker invites, etc.

Tapping trusted networks. I think the greatest contributor to the success of this event was our ability to tap into multiple networks. Both companies were able to tap their networks via email, social media, podcasts, etc., and the individuals within both companies could tap theirs as well. Layer on top of that each of the speakers. We sent them all pre-written social media sharing copy and images they could edit and post quickly, so we got to tap into the massive networks of each of these industry leaders.

What could have gone better

Clearer communication with speakers.  This was a hybrid event, with a combination of pre-recorded and live sessions. The pre-recorded sessions included live Q&A in the chat from the speakers. We explained this briefly in invite emails to speakers, but were not explicit enough about the format and some speakers and attendees were confused and wanted more live Q&A.

Decision up-front about how and when to share recordings. We settled this after the event with little fanfare, but it would've been nice to be able to clearly answer up-front all the questions about accessibility of the sessions.

Better communication with registrants. We used Airmeet, which proved to be a great platform for this event. However the first few days, we relied solely on their automatic emails with links for participants and had some confusion and complaints. In the future, we'd probably send a comprehensive email from both PS and PH with a quick agenda and links for each day.

Tighter follow-up established ahead of time. Because of the short timeline, some post-event stuff like sending thank-you notes to speakers and following up with attendees were not decided until afterwards. It would be ideal to get the post-event sequences for all parties nailed down up front.

It's easy to say, "This event was a success!" (especially if you're the marketing person and you're reporting it to your boss, am I right?;-) but what does that really mean?

PartnerStack focuses on two high-level targets - brand and revenue - with a few things to measure under each:

Besides reviewing the raw numbers, both teams got together for a post-mortem and shared notes, ideas, and action items for followup.

Before the meeting, each individual involved filled out a super top-secret, super sophisticated "Event Retro", here's a sneak peek:

It doesn't have to be fancy, overly time-intensive, or bureaucratic, but carving out a quick meeting and some way to document learnings and feedback is well worth it.

Partner marketing proved to be a massive win for this event.

Basic math reveals how effective it can be. If one company runs a webinar for $1,000 and gets 100 registrants, two companies could run it together for $500 each and get 200 registrants.

It's not always that easy, but as budgets tighten, there is ample opportunity to enhance visibility at lower cost by partnering up on marketing campaigns and events.

But it has to be done right, or it can results in far more work and complexity and not enough ownership and accountability. It starts with serious commitment and intention.

Oh, and don't underestimate the role of fun and enjoyability! One of the reasons it was so easy to say yes to Tyler's DM is because we had spoken a few times and really enjoyed each other's company and shared similar work styles. If you're going to be working on an event together, it's important that you like each other and have some similarity in company culture.

If you want to check out the event yourself, all of the session videos are now live for free here. 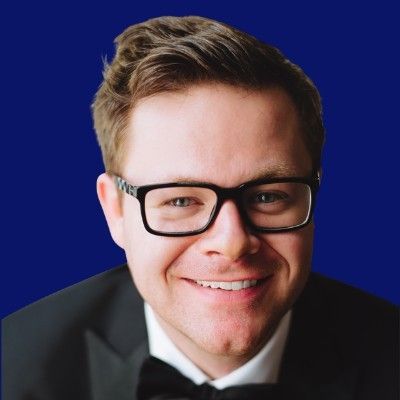 PartnerHacker Principles: They're Not Your Accounts - Daniel Lancioni

How to Roll Out an Integration the Right Way: the G2 and ZoomInfo Story