When Dippin' Dots inked a partnership with Opryland theme park, they provided little direction and viewed it merely as a way to let somebody else sell their product. It didn't produce results and the deal almost died.

Only when Dippin' Dots got on the ground, learned how their partner had been marketing and selling, and took an active role alongside them did things turn around.

And boy did they turn around.

Popularized in the 90s and early 2000s, Dippin’ Dots made itself a staple in theme parks, amusement parks, storefronts, gas stations, and even grocery stores, becoming synonymous with family vacations and childhood excursions.

The brand exudes the ethos of play, and that’s what makes it memorable. Deeper than the ice cream, the Dippin’ Dots brand has been fortified by its customer experience.

The Dippin’ Dots brand was established by its founder and was later cemented by the partnerships that brought it nationwide recognition.

Without the combination of the initial brand identity, and the power of partnerships to back it up, Dippin’ Dots would not be the household name it is today.

The Beginnings of the Brand

There’s a saying that brands always reflect their founders, and Dippin’ Dots is no exception. The enthusiasm that the brand exudes began when Curt Jones was a child. While some families might play board games, he and his family churned ice cream.

After college, he became a microbiologist and found himself working in a lab freezing cultures with liquid nitrogen (he was creating probiotics before they were popularized). Animated by his curiosity, he began experimenting, first with methodology – dripping dots from a pipette into the liquid nitrogen – then with other substances – watermelon, grapes, and more.

As if the stars aligned, an issue arose while he was making ice cream with his family. Instead of producing a rich, creamy texture, the churned ice cream wasn’t getting cold, fast enough, and ice crystals were forming. “What could cool the ice cream faster,” he questioned.

It hit him. Liquid nitrogen.

The next time he and his family made their special dessert he saved some of the mix and later took a friend to the lab. While there, they attempted to reinvent ice cream, using a pipette to “dip” dots into the liquid nitrogen. Tiny spheres of creamy goodness emerged and Dippin’ Dots was born.

It would take a couple of months for him to officially decide to start the company, but the dots had been made and there was no going back.

The Jones’ ran the store as well as they could, but they were located poorly and were barely making enough to continue operating. That’s when they began thinking outside of the box. What different distribution methods could they try?

They found themselves at fairs and festivals and solidified their niche. Then, they started thinking bigger – theme parks.

After many failed cold outreaches, Opryland, a theme park in Tennessee, accepted a meeting and eventually signed a deal.

This was Dippin’ Dots’ first major partnership, and it was a game-changer.

Instead of thinking store-front to store-front, this initial partnership unlocked the potential for immense scale. Rather than being capped by their capacity as a small company, they would be able to expand their reach and multiply their earning potential. Opryland projected a huge leap in the consumption of Dippin’ Dots. Excited, Jones prepared by building new equipment and developing operations strategies.

After its first two years at Opryland, Dippin’ Dots hadn’t seen the returns it was promised. Jones found out that the Dippin’ Dots kiosk had been placed in a mediocre location, and was not being opened when the park was short-staffed.

Jones made a common partnership mistake. He didn’t consider Opryland beyond what they could do for his product. He didn’t ask himself what problems they might face, or who the decision-makers might be. That made him vulnerable to their whims. If, on the other hand, he had come into the partnership thinking about Opryland, and how Dippin’ Dots fit into their operations, he might have been able to aid them in creating an ideal customer experience earlier.

Great partnerships are forged by mutual value creation and trust.

On the brink of discontinuing the partnership, Dippin’ Dots and Opryland came to a new understanding. Having learned from his laissez-faire approach to the partnership, he decided to play a more active role. Instead of offloading the brand onto Opryland, he’d get directly involved in the marketing and distribution of the product with them.

The morning of the grand reopening of Dippin’ Dots within Opryland, it snowed. Yet, even with the imperfect weather, Dippin’ Dots sold more that day than ever before. This new approach to the partnership had paid off.

From that point on, Dippin’ Dots was on the map.

They had become known as “Space Dots - Ice Cream of the Future,” and demand was constantly growing. To keep up with demand, and continue scaling the brand, they increased partnerships and even shifted their model from wholesale to a franchise to cut some of their backend costs.

From barely making ends meet to $47 million in sales, partnerships had been the secret ingredient to their immense success.

Dippin’ Dots had won its place in hearts, minds, and stomachs, but novelty came with the downside of competition trying to ride the wave of the brand’s success.

A tornado of issues wreaked havoc on the company beginning in the late 90s and lasting until 2011. In the late 90s, Dippin’ Dots sued “Mini Melts” for infringement, but throughout the proceedings, the narrative flipped, and Dippin’ Dots became the subject of the court case.

The question being evaluated: Was their patent valid?

The original Dippin’ Dots patent, submitted when Curt Jones began the company, documented a 5-step process. The 5-steps mirrored two other liquid-nitrogen patents. The sixth step, serving the product to customers, was the differentiating step, and without it, the court case was ruled against them.

The initial lawsuit set them back millions of dollars and filing an affidavit to update the patent to six steps cost them another $750,000. Lawsuits, patent infringement, and millions of dollars later, Dippin’ Dots was walking a financial tightrope.

Bankruptcy and the Power of Brand

By the end of 2007, the 2008 crisis was impending. The capital and customer growth Dippin’ Dots desperately needed were not feasible in this market economy. It seemed like the end was near, and though no one wanted to believe it, on November 4, 2011, the company filed for bankruptcy.

Shortly after, the Wall Street Journal covered a piece on the bankruptcy and Curt Jones received an investment offer.

Mark and Scott Fischer, a father and son who had achieved success with their company Chaparral Energy, were able to provide the financial lifeline Dippin’ Dots needed.

The key value in Dippin' Dots was the brand and the experience consumers associated with it. That brand was built by powerful partnerships with theme parks, and an active role in co-marketing and co-selling. That partner-powered brand saved the company.

With that, a deal was solidified and Dippin' Dots was resurrected. They went from bankrupt and dying to $330 million in annual revenue in 2018.

Collaboration in partnerships is about a shared ideal.

United by a shared ideal – to create a memorable experience – Dippin’ Dots and each one of its partners formed a strong alliance.

With the initial Opryland partnership, Dippin’ Dots was able to establish a new ceiling for itself. Instead of being limited by its storefront locations, limited customer base, and manufacturing capabilities, it leveraged Opryland’s theme park allure. Opryland attracted the customers and Dippin’ Dots enhanced their customer experience.

Dippin’ Dots leveraged the Opryland partnership as an opportunity to solidify the brand and create more opportunities with other parks and franchises.

Partnerships are not zero-sum but can move in that direction when partners neglect each other. To find and ensure mutual benefit, each partner must be aware of the goals of the other. In the case of Opryland, Dippin’ Dots would have scaled much faster had they recognized and planned to accommodate Opryland’s desires, pains, and priorities.

For Dippin’ Dots, the lawsuit, the patent infringement, and the 2008 recession made it near impossible to find their financial footing. The partnerships they had forged in the 90s and early 2000s created enough of a buffer that allowed them to continue operating far longer than was otherwise feasible.

And the brand that was co-created with those partners made them valuable enough to warrant a life-saving investment and turnaround. 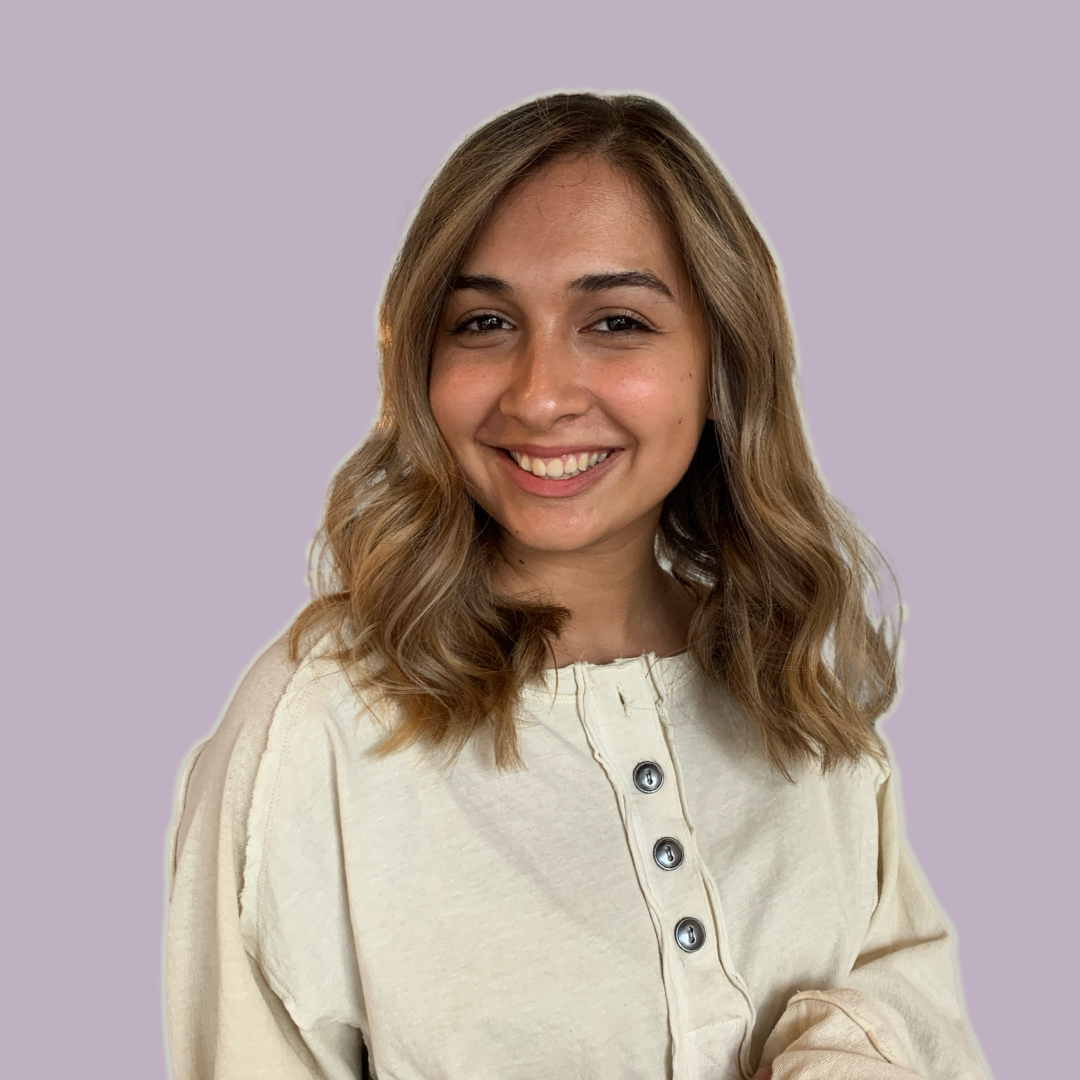 I write content at PartnerHacker. I'm learning the art of communication as I write, design, and podcast.
Newer article

When to Hire Your First Partnerships or BD Leader

Sunday Stories: A Second-Person Adventure from the Future