For years, organizations have tried to drive inbound inquiries through their go-to-market efforts. After all, what’s better than someone reaching out and saying, “I’m interested in buying your software, can I have a demo?”

Businesses have been using marketing automation platforms and their wider Martech stack to build structures & processes that support that line-of-thought. Not to mention, over the past decade, the concept of inbound marketing has driven it even further.

But this isn't a good long-term play.

AEs Love Inbound, and Why We Don't Anymore

AEs traditionally loved inbound opportunities because they don’t have to do business development work to get a demo. As a result, many organizations are structured so their AE promotion paths to go upmarket with prospect size and so they go from self-generated to inbound opportunities.

We were once one of those organizations. But now, the peak of our AE promotion path is partner sourced opportunities.

Why? What have we seen?

Ultimately, our AEs working partner sourced opportunities are generating over 235% of what an inbound AE is generating per demo.

Everything Boils Down to Influence

After breaking it down to see what we could use and implement across the organization, we've found that we always come back to one theme...Influence.

Influence can be defined as ‘the capacity to have an effect on the character, development, or behavior of someone or something, or the effect itself.’

How do we have as big an effect over a sale as possible?

Both would help build trust with a prospect, but even with those two additions, the picture still isn't complete.

What if we could leverage the prospects existing relationships? How would that impact things?

That's about 2-5 hours engaging with your organization, and the deal still isn't secure.

That's an elephant in the room that I’ve never seen anyone acknowledge or talk about – prospects engaging with competitors.

How many inbound inquiries do you receive where your prospects are already engaging with a competitor? You may be one of the ‘competitors’ in the process above.

Put another way, your outbound efforts probably turn into your competitors’ inbound opportunities...

How do we know this? We measure and compare the number of side-by-side comparisons we need to do with competitors across lead sources.

That's the same 2-5 hours of engagement with the prospect, and it's more efficient than the inbound scenario.

The key difference is the partner.

The Power of Partnerships is why Influence is the new Inbound

They’ve spent time engaging with the prospect on your solution and building value, generating interest and shutting down early objections. They’ve qualified them before the AE gets involved, saving your AEs time by doing some of their job for them.

Even if you have a more hands-off type of partner, you’d still expect to see stronger performance.

So If we’re saying trust drives influence. With an inbound opportunity, how much influence & trust do you build over 2-5 hours exposure?  There’s not really a scale and it would be super difficult to calculate exactly as there’s so many factors. Let’s say it’s maybe a 3 or 4 out of 10 though.

With a partner sourced opportunity, your partner has potentially already been engaging with your prospect for weeks, months, maybe years. The prospect is already paying them for services rendered & seeing results. The partner is already making a positive impact on their business and then they suggest your solution. 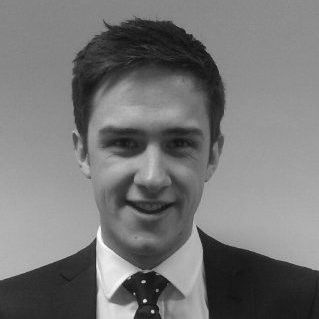 Grow Your Ecosystem by Extending Your Team's Culture

The Secret to Partner Retention: Treating your Partners Like Customers

The Three Pillars of Partnership Success