Jobs to be done don't change

I was having a conversation about the Industrial era that reminded me of Jared and Tiffani Bova's Ecosystem Week chat.

In the Industrial era, people thought machines would take their jobs, so they erupted out of fear. Years have passed, and the people who once fought against machines are now reaping the benefits that machines provide.

There's a similar conversation people are having about sales and marketing functions – will there ever be a world where those functions are gone?

That means that the functions, or solutions, we employ to accomplish the job-to-be-done will evolve.

Cialdini changed the game when he published Influence: The Psychology of Persuasion. Yesterday we outlined some ways partner pros could leverage the first three principles of persuasion in partnerships.

Today we dive into the second three principles:

The principle of authority states that people tend to obey authority (or seeming authority) figures because they imagine that the authority knows something they do not.

In partnerships, this means two things: leveraging company authority figures (like your execs), and recognizing who someone else deems an authority.

Another type of authority-bias is recognizing who someone else sees as an authority. It could be a big partner of yours, a co-worker, or a legend in the space. When you know that, you can strategically name-drop and draw attention to favorable examples.

Knowing who your partner admires and sees as an authority creates leverage.

The principle of liking states that if you're more easily convinced by someone you like.

How do you get a friend to like you? The same applies for partnerships. Begin by establishing common ground, build the rapport, and then show them you care.

The principle of scarcity states that when you believe something is in short supply, you want it more.

Video of the Day

This PartnerUp with the author of The Challenger Sale was amazing!

Perhaps one of the most influential voices in all of sales has been #partnerpilled.

The best thing to be is a learner

Learners don't care that things change. They see change as challenge. Send the PhD to someone who loves to be on their partnerships A-game. 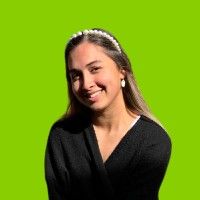 I write content at PartnerHacker. I'm learning the art of communication as I write, design, and podcast.
Newer article

065 - WTF Is An Ecosystem?! - Elevating Partnerships Out of the Shadows with Bryn Jones