In 2021, there were a total of 6.5 billion tweets mentioning businesses.

You could try to get Twitter's 450 million users to leave the platform to buy products, or you could partner and bring the products to where the customers are.

And get this: Shopify says orders placed through partner integrations quadrupled in the first quarter of 2022.

So perhaps it shouldn't be too surprising that yesterday, Twitter announced a partnership with Shopify to launch a sales channel app, available to all Shopify merchants through its app store.

Check out what Amir Kabbara, Director of Product at Shopify, said about the partnership:

Reaching potential customers where they are is critical to the success of Shopify merchants...Twitter is where conversations happen, and the connection between conversations and commerce is vital.

Shopify has hacked the onboarding of customers by tapping into Twitter's existing users.

Twitter has hacked the onboarding of merchants by tapping into Shopify's existing sellers.

A hack made in heaven?

Shopify merchant Jessica Stevens, of Trixie Cosmetics, explained the benefits as a seller:

The Twitter sales channel...allows me to easily connect the two platforms we already tap into to sell products and engage with customers.”

People want their tech to work together. 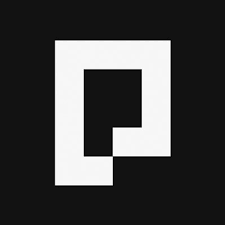 PartnerHacker Daily #94: Hey! The Game Changed On Us

Tiffany and Nike Partner to Create a Premium Experience