In the wild, when you don’t have the capacity or faculties to adapt, you have two options: die or form partnerships.

When I was 25, I spent two years on the edge of the Masai Mara where we hosted month-long volunteer trips and built school rooms.

At the end of each volunteer trip, we drove out on the safari and found ourselves among the predators and prey. In those environments, any misstep, move, or decision could result in death because every creature was fighting to survive.

Darwin explained that the species that survive are those that adapt to their environment best, but what happens when you don’t have the capacity or faculties to adapt?

In business and in nature, the same answer applies: partnerships.

The rhinoceros and the oxpecker

One of my favourite partnerships in the animal kingdom is the symbiotic relationship between the rhinoceros and the oxpecker.

The rhinoceros seemingly comes from a prehistoric era but survives because it has formed an unlikely partnership with a small bird called an oxpecker.  The oxpecker stays on the rhino’s back for hours and sometimes days at a time, hopping around to pick bugs off its back (mostly ticks). This prevents the rhino from getting diseases and serves as a sustainable source of food for the oxpecker. Oxpeckers also have a keener sense of sight than rhinos which means they can act as early warning signs of a predator.

The partnership between the rhino and oxpecker can teach us about acquiring new partners and about adapting current partner activations.

The oxpecker resembles a smaller, more nimble organization, and the rhinoceros resembles a larger, older market leader with a more defensible but slower-moving position.

Our rhinoceros has immensely thick skin, can only see what is directly in its path, and can overreact when startled or thinks it’s in danger. Our oxpecker, on the other hand, is able to fly, adapt quickly to shifting winds, and is more tactile with its feet and beak.

As a more nimble company, it is very important to understand what you can do to create value for your partner. Before I start building out a partnership, I take stock of the capabilities within my company and think about how they could fill specific customer needs. You might have a best-in-class function area, large data sets, and/or a particular AI engine or patent, marketing reach. You get the idea.

Do a capability audit without thinking of your potential partner first so you aren’t trying to problem-fill. Take into account all the capabilities you have to offer. By understanding your capabilities first, you limit your bias in a partnership from the beginning. Starting with the highest number of capabilities to find the right set to bring to the table. Now attribute values to those capabilities with your partner in mind. One method I use is the Attribute Value Model from Systemic Inventive Thinking.

The oxpecker has also been known to drink blood out of open sores on a rhino's back, instead of always eating ticks or other bugs. Gross? Yes and not beneficial for rhino. Though the rhino could easily expel the energy to remove the birds, it does not. To the rhino, the long-term value exchange is worth the infrequent piggyback.

As a partner, there are ebbs and flows for when to extract value & when to build it. The key is to trust the process and by following the give-to-get model. Be okay with giving before asking for value in return AND be okay with asking for the value in return. This model has long been used and now before deepening a relationship it is important to create value for your partner. Giving can take many forms which are why understanding their environment is important.

In a recent study of rhinos, they found that rhinos with oxpeckers on their backs were less likely to get killed by poachers than ones without. A bird on the rhino’s back lends its sight to the rhino. Directly correlated to protection, this capability likely evolved from protecting against other predators like lions, and is now used to protect against poachers with rifles.

While your partner tries to establish a moat against competitors, be aware of how you can evolve your value proposition to support them and fend off competitive pressures of your own.

If you have been in enterprise sales before (you are probably great at this), steep yourself in the market and industry reports of your partners. Understand their markets, their competitors, their drives and risks to their business. Your partnership is an evolving relationship, one that your capabilities can adapt to their needs. What is shifting in their world, and ask how can you support them?

As with the reciprocal relationship between the rhino and the oxpecker, it is best to view relationships with partners without obsessing about short-term values and benefits. 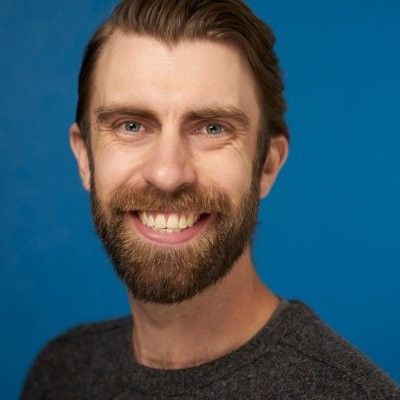 PartnerHacker Weekend 07/09: Beavers in Your Ecosystem

7 Ways to Sabotage Your Partner Ecosystem: A Guide for Partner Managers

How to Build a Partner Program From the Ground Up

A Passage to the Promised Land

Partner Led [Everything] Starts at Home