I had the opportunity to talk with Chris Messina of Thrum.co.

Chris recently wrote an article on PartnerHacker about what we can learn about partnerships from studying the Green Berets.

Chris takes insights from his background in law enforcement and the military and applies it to his work in partnerships.

From law enforcement to partnerships

Aaron Olson: Your company thrum.co seeks to help first responders dealing with mental health issues. Tell me a little more about why you started thrum.co.

Chris Messina: I’m a former police officer myself. I was with Costa Mesa PD for about six years. I got to see the good and bad of law enforcement, but I got into an accident in 2000 that ended my police career.

After the accident, I finished my MBA and spent quite a bit of time away from law enforcement. But then when the George Floyd incident happened a couple of years ago, it really got me thinking about what my experience was, how I could frame that and how I could start to help.

So I wrote a few different pieces on that. You can find those on my Medium page. Realistically law enforcement is in a bad spiral at the moment.

Let me give you some statistics. The average life expectancy for a police officer is 21.9 years lower than the average American, the fifth highest suicide rate of any profession. Five times higher rates of depression, 47% will experience long-term PTSD symptoms with a career longer than ten years, and over 90% experienced PTSD symptoms at some point in their career. The list continues to go on and on and on.

If we don't do something meaningful to start to change those emotional, mental, and physical health outcomes, we will never get to a point where we have better policing.

Unfortunately, we're in a recruiting spiral where the reality is people don't want to be cops right now. And you have this political environment where the left wants to make all cops demons, and the right wants to make them shining white knights. And the reality is that human beings are in the middle. If we don't start treating them as humans, we're never going to get to a place where we have better law enforcement.

Aaron: Tell me about your work in partnerships. Does your work help inform the way you're going about starting this new venture?

Chris: It certainly does. There's a great book by David Epstein called Range, and it really dives into how people who come from diverse backgrounds can use a variety of problem-solving techniques to be able to figure things out. They can see things that people who are hyper-specialized in the industry have a hard time seeing.

One of the best and worst things about being in partnerships is you're constantly building coalitions internally and externally. So you're always looking for new solutions to very mundane problems.

Aaron: You wrote an article for PartnerHacker called Philosophy for Partner Orgs: Find Your Company’s Green Berets; tell me more about how you got this idea to find your green Berets and what that means to you.

Chris: I'm an army veteran. I'm also a black belt in jiu-jitsu. I came up in that world. Even as a veteran, I didn't really know the difference between Navy Seals and Green Berets.

I learned from a fighter named Tim Kennedy that the Green Berets act as a force multiplier. They leverage external resources to expand and amplify the mission. It can be tactical, intelligence gathering, or amplifying a message.

They give resources to a group in order to endear themselves and build trust. This helps them execute their mission. That idea really helped crystallize for me what partnerships are within an organization.

As partnerships people, our job is to amplify and enhance everything else in the organization. Whether that's product marketing, sales, customer success, or retention, we are a piece of all of those things, and sometimes more to one degree or another.

Aaron: Do you have examples of that from working in the partnership world?

Chris: Yeah, I have quite a few. I'll give you the latest example of how we built a really profound relationship with Accenture over a number of years to be able to amplify our ability to get into some of those larger enterprise accounts.

What you have to do is identify what you can contribute as an organization to help them accomplish whatever their goal is. So in Accenture's case, they have some nascent product organization stuff that they've been working on. They have a very large Salesforce transformation practice. Having the ability to automate and decode along with object routing, gave us a leg up.

So I think one of the key things in doing any of this is trying to put yourself into the shoes of the person or the organization on the other side and determine what will move the needle for them. You don’t want to go in with your hand out or speak from your perspective. You won't understand the perspective of the other side and then build off of that.

Aaron: One thing I highlighted in the article you wrote for PartnerHacker is this: if you're not constantly looking for ways to give your partners something of value, they will forget about you. How do you cultivate this attitude of giving first?

Chris: There's a great book by Mark Mason called The Subtle Art of Not Giving a F*ck. It's more philosophical and deeper than maybe the title would imply, but there's a line in there that you'll stop worrying so much about what other people think about you when you realize how little they do.

The reality is we all have so many different things going on and especially when you're dealing with sellers that are at another organization. Their job is to hit a number. So if you want to gain traction there, you have to figure out how you’re going to help that person hit their number.

You have to care about what they care about. Otherwise, they're just gonna forget about you. It's not that they don't like you. It's just that they’ve got a million other things on their plate, and you're not one of the most important people in their lives.

What can we give partners?

Chris: One of the most important things you can give to a partner is perspective. You need to show them that you have invested the time to understand who they are and what they bring what they need. So I think we've been talking about that a little bit here, but it's critical that you are, you're demonstrating your value.

💡
If you're not taking the time to invest in that organization, you're probably not gonna get much. That advice is true for any relationship. If you want to get something out of it, you better invest in it.

One of the biggest problems that I've seen personally, and I hear this over again in my peer group is this vending machine mentality. A lot of executive leaders tend to have it. It’s the idea that we're going to have a partner organization and leads are gonna start falling out. Well, it doesn't work that way. Especially if you're a small organization trying to penetrate a larger one.

First of all, you have other companies that are trying to do the exact same thing as you are and they have more resources than you. So, you need to pull together the limited resources you have to be able to do the majority of the work for them, like build those templates, build the go-to-market sheets, build the joint value propositions, and conduct the training.

Then, those investments start to pay off over time, and ultimately you start to see more of the hockey stick numbers that come down the road.

Aaron: Can you give me a preview of some ideas for articles you have coming down the pipeline?

Chris: I'm thinking about the amplification side of things. I want to expand upon this idea because message creep is a very real thing. If you're a small organization, just trying to get the attention of a bunch of other organizations. As a small organization, you’re a yapping chihuahua, and there's a sea of yapping chihuahuas! So if you don't have that ability to go in there and leverage third parties to amplify your message, it's gonna be really difficult for you.

People want tools that will communicate with each other, tools that will actively work together. They want an integrated experience. It is critical for the future of any connected organization; you better get your API infrastructure locked down now, or you're gonna be way behind. You're gonna be the thing that's cut. Even if they like you, if you're not communicating with their other tools, you're creating a problem inside their data ecosystem.

Another thing I’m writing about is the goal versus journey mindset. It applies very much to the partner world. If you are just looking at short-term milestones and not thinking about how to achieve the long-term objectives of the organization, then you will never really get to experience the journey.

There’s another great book, by Scott Kupor called The Secrets of Sandhill Road. If you ever want to understand the VC mindset and understand how they think, then you need to read it. The author is an Andreessen Horowitz guy; it’s phenomenal. It’s a great primer for anybody working in startups, whether you're thinking about being a founder or not and he emphasizes the journey mindset. He says, don't worry about your exit; worry about doing everything you need to do to just get to that next round.

Aaron: I'm looking forward to reading and publishing those whenever you get them to me.

Chris: I appreciate it. 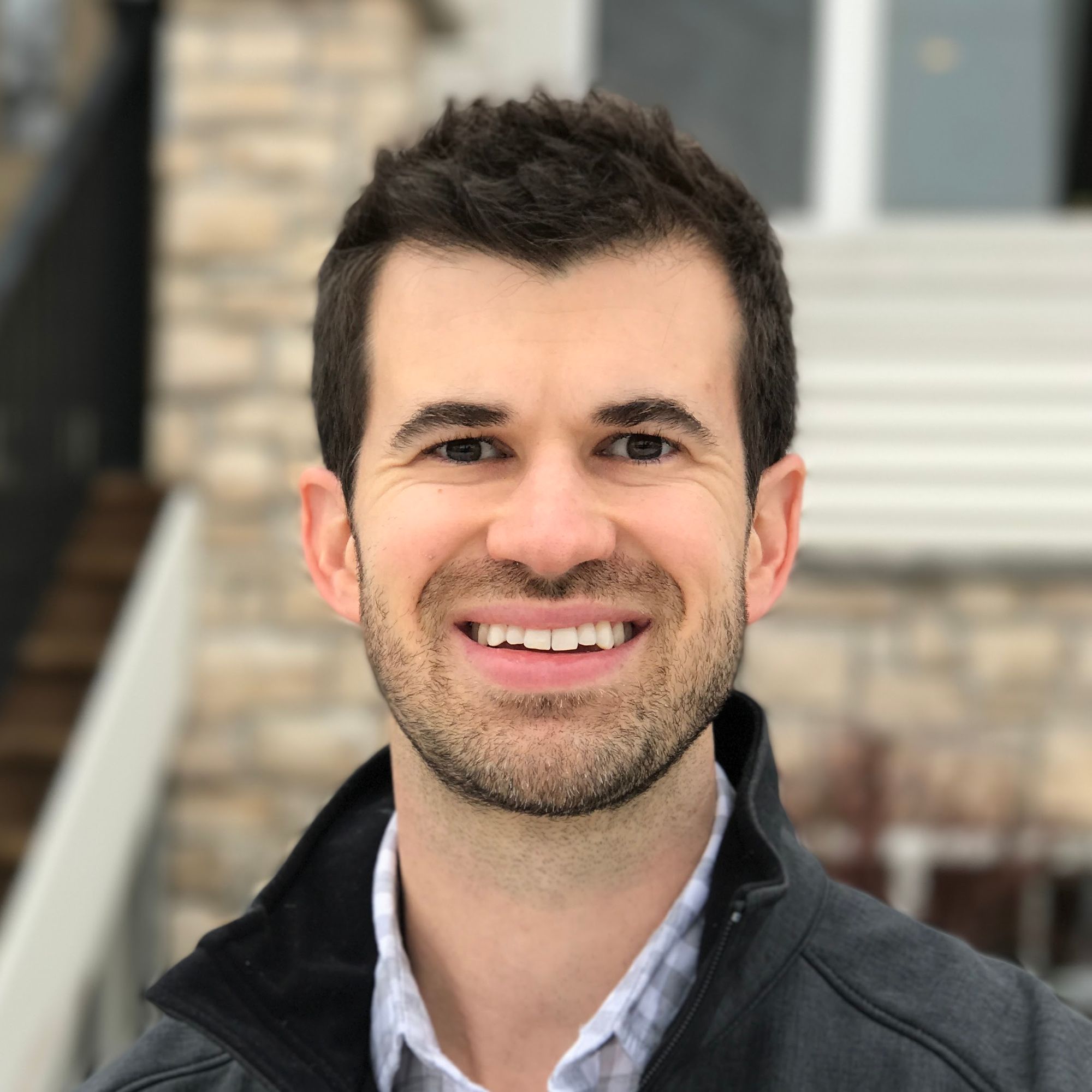 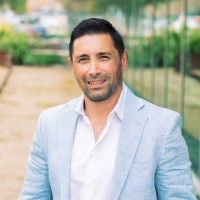 Chris has been building partner ecosystems for high-growth SaaS companies for almost a dozen years. He's a SaaS partnerships thought leader and draws upon experience to inform and inspire others.
Newer article

PartnerHacker Principles: Trust Is the New Data - with Jessie Shipman

The Science of Partnerships with Mark Brigman