There's a difference between controlling the narrative and influencing it. Trying to control the narrative in any ecosystem is a failing strategy.

It's not about:
- Silencing people
- A lot of "Push" tactics
- Forcing them to talk about you

It is about:
- Building so much trust that people put their heart before their wallet
- Inspiring waves of people helping people
- "Pull" strategies

Don't get me wrong, you can be deliberate. The difference is in your intent.

In partnerships, the give first mentality presents a good first impression. Your efforts thereafter solidify it.

When I get a sense of a "traditional business" persona, it makes me want to disengage. Pushy, uninspiring, dry, and sees me as lower than them. Sapping all the energy from the room.

On the contrary are most partnerships people. Those who inspire. Pulling people in with passion. Leading them. Helping them.

Ecosystems thrive because of their freedom and diversity.

A closed system (one that's controlled) applies pressures, anxieties, and a throttling of budding passions.

You can only inspire them.

We talk a lot about lenses or frameworks to help us make sense of the work we do and the world in which it exists. Here’s an awesome list of concepts that hold true across multiple disciplines.

If you find something that is true in more than one field, you’ve probably uncovered something particularly important. The more fields it shows up in, the more likely it is to be a fundamental and recurring driver of how the world works.

Here are a few of my favorite:

Cope’s Rule (evolutionary biology): Species evolve to get bigger bodies over time, because there are competitive advantages to being big. But big has its own drawbacks, and can often be the cause of extinction. So the same force that pushes you to become big can also cause you to go extinct. It describes the lifecycle not only of species, but most companies and industries.

Emergence (complexity): When two plus two equals ten. A little cool air from the north is no big deal. A little warm breeze from the south is pleasant. But when they mix together over Missouri you get a tornado. The same thing happens in careers, when someone with a few mediocre skills mixed together at the right time becomes multiple times more successful than someone who’s an expert in one thing. 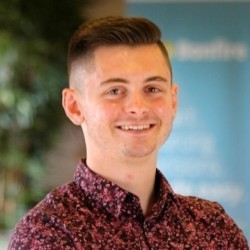 Head of Partnerships at PartnerHacker.

PartnerHacker Daily #135: Can't Fake it 'Til You Make It

PartnerHacker Daily #254: It's the Customer, Stupid